There are many helpline queries about diet for life – this article explains a little bit about what is now known about phenylalanine and the brain in PKU.

Why wasn’t diet for life recommended at the beginning?

For some time many healthcare professionals believed the PKU diet could be stopped from age 6 with no ill effects 1,2. This was driven by the belief that high phenylalanine levels are only toxic to the brain during periods of growth and development. Some early studies also failed to show ill effects of stopping the PKU Diet 3-5, yet these findings were based on studies of small patient numbers and different scientific procedures together with studies of little practical and/or clinical application.

Why is diet for life being recommended now?

It has long been known however, that development of an area in the brain called the prefrontal cortex and also myelin formation continues through adolescence and this is not complete until adulthood. There is now agreement in the scientific literature and amongst many healthcare professionals that the PKU diet should be continued for life. This viewpoint became stronger still with publication of the European guidelines for diagnosis and management of PKU6, which were based on a significant amount of research.

What happens if you don’t follow diet for Life?

Adult patients who have stopped the PKU diet experience poor executive functioning, information processing (reaction times, attention) and mood states (self-conscious, anxiety, depression and low self-esteem) compared with adults who have continued their PKU diet through life, and also non-PKU adults7-11. It is important to note that these complications are not immediately noticeable and may take some time to show up (and there is ranging severity of the difficulties experienced).

What happens in the brain if you have PKU and you are not on diet?

The negative effects of phenylalanine toxicity are complex and far from being fully understood. Although raised phenylalanine is undoubtedly damaging to the brain, the causes for this remain hypothetical. Two likely ways in which this neurological decline happens have been identified – that is both white matter changes and also prefrontal cortex dysfunction due to neurotransmitter changes.

What is white matter in the brain?

White matter makes up over half the human brain and contains nerve fibres (axons), which are extensions of nerve cells (neurons). Many of these nerve fibres are surrounded by a covering called myelin. Myelin, a mixture of proteins and fats, gives the white matter its colour and acts to uphold the speed and transmission of electrical impulses12. Increased concentrations and damage to the structure of white matter is highly prevalent in PKU with an estimated 90% of patients experiencing abnormalities13.

What happens to white matter in PKU off and on diet?

The progression and severity of white matter abnormalities is influenced by age (it worsens from 20 years on), compliance to phenylalanine restriction, and long-term exposure to raised phenylalanine levels14 . It is thought that long-term exposure to raised phenylalanine stops the formation of myelin13 . As myelin helps in the transmission of electrical impulses, the disturbances in executive functioning seen in off diet PKU patients, supports the theory that raised phenylalanine levels influence myelinisation. Interestingly, research shows that these brain changes can be reversed when the PKU diet is restarted with strict compliance13. The duration of strict compliance needed to reduce white matter abnormalities is not known, but evidence from imaging studies suggests 2 months of strict phenylalanine restriction may be needed as a minimum15 .

What about the neurotransmitter theory in PKU?

Phenylalanine toxicity is also associated with prefrontal cortex dysfunction due to neurotransmitter (chemical messengers in the brain) changes. Due to higher uptake of phenylalanine into the brain16, deficiencies in tyrosine occur, with low levels reaching the brain17. As tyrosine is important for neurotransmitter production, low levels of tyrosine are thought to lead to neurotransmitter changes and prefrontal cortex dysfunction. In general, the prefrontal cortex helps in decision making, executive functions and emotional stability. Again, returning to a phenylalanine restricted diet results in improvements in all three areas: executive functioning, decision making and emotional stability18,19. There is also evidence that taking protein substitutes containing high levels of large neutral amino acids (which all protein substitutes contain) reduces the uptake of phenylalanine in to the brain20and further improves functioning21.

How does this affect people who have PKU and are off diet?

With a return to phenylalanine restriction, improvements in white matter and neurotransmitter levels are seen. With this, improvements in executive functioning, information processing and mood states together with restored metabolic control and avoidance of nutritional deficiencies are also seen.

How can people go back onto the PKU diet?

Strategies for improving dietary compliance are not well studied in PKU. No one method will be effective for everyone and an individualised approach to reinstating the PKU diet is essential. An early finding from unpublished work is beginning to suggest that a stepwise approach may prove helpful. Research is needed to help build effective strategies with the aim of achieving life-long dietary and protein substitute compliance. For patients wishing to continue the diet for life or those looking to regain compliance, support is available. Alongside a wide variety of prescribable substitutes that are available in many different presentations (liquids, powders, and tablets) flavours and compositions, there are useful resources and information online and via social media. Together with healthcare professionals, websites, tools and smartphone “apps” can help people regain metabolic control.

As more people continue to follow the ‘Diet for Life’ philosophy our knowledge of their experiences and outcomes will continue to grow, adding to our knowledge and evidence base, and this will help us combat the ill effects of phenylalanine within the PKU community. 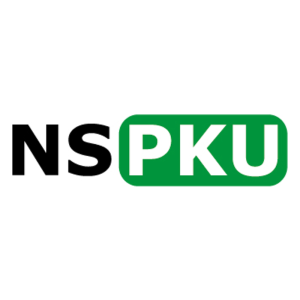 EXECUTIVE FUNCTIONS:A set of processes that are necessary for the cognitive control of behaviour. Executive functions include attentional control, working memory, and cognitive flexibility, reasoning and problem solving.

MYELIN:a material made of protein and fats mixed which forms a protective layer (known as a sheath) around some particular nerves.

NEUROTRANSMITTER:A chemical messenger which transmits signals from one neuron (nerve cell) to another.

PREFRONTAL CORTEX:An area of the brain that helps in planning complex behaviour including decision making and emotional stability.

Un avis sur “The Importance of Diet for Life”